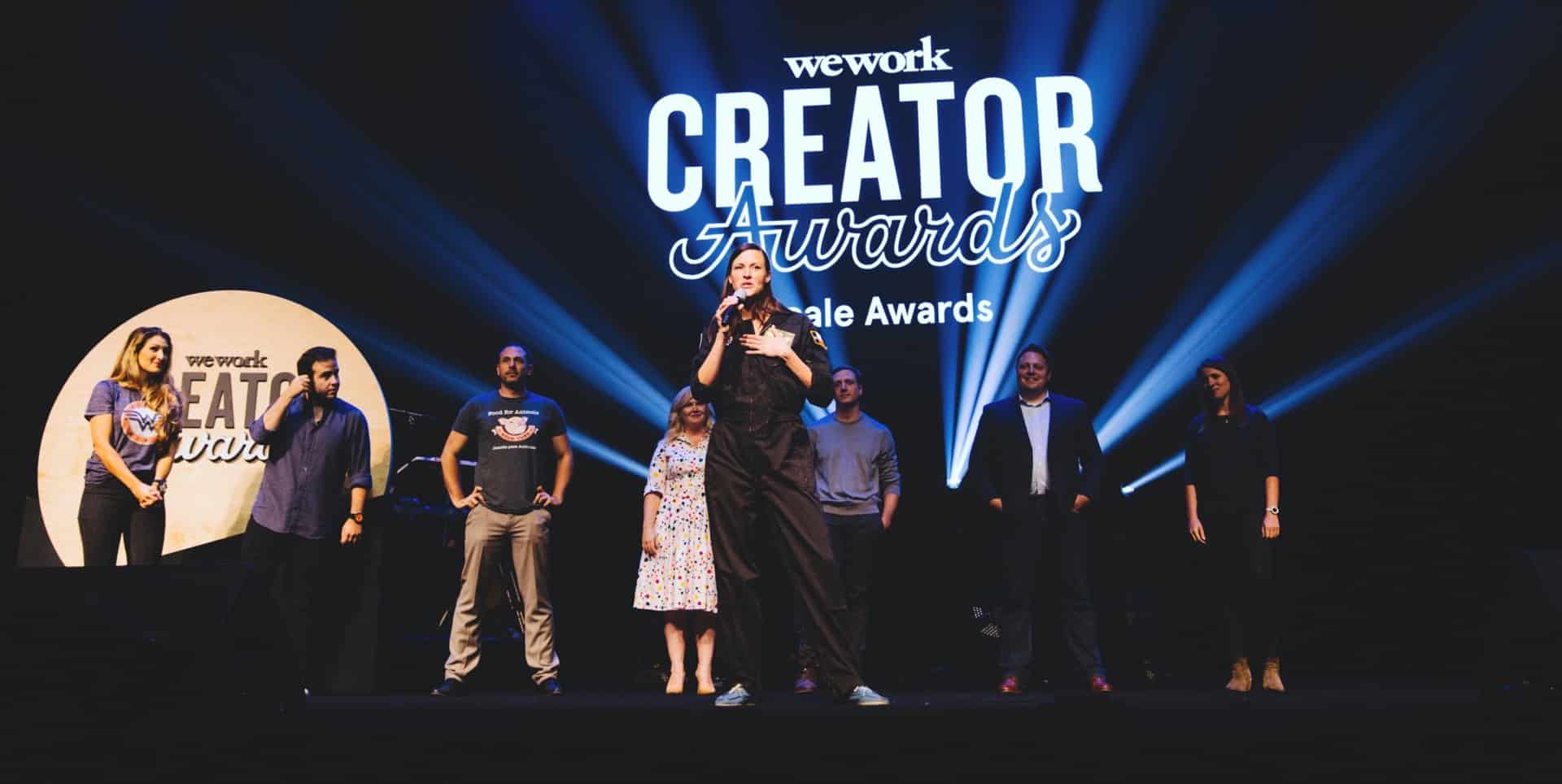 In 2017, WeWork launched the Creator Awards, committing more than 20 million US dollars in grants to the most innovative projects and those who exemplify what it means to be a creator. This was an international initiative rewarding entrepreneurs, artists, start-ups and non-profit organisations with 10 global activations. Our brief was to activate the European territories. 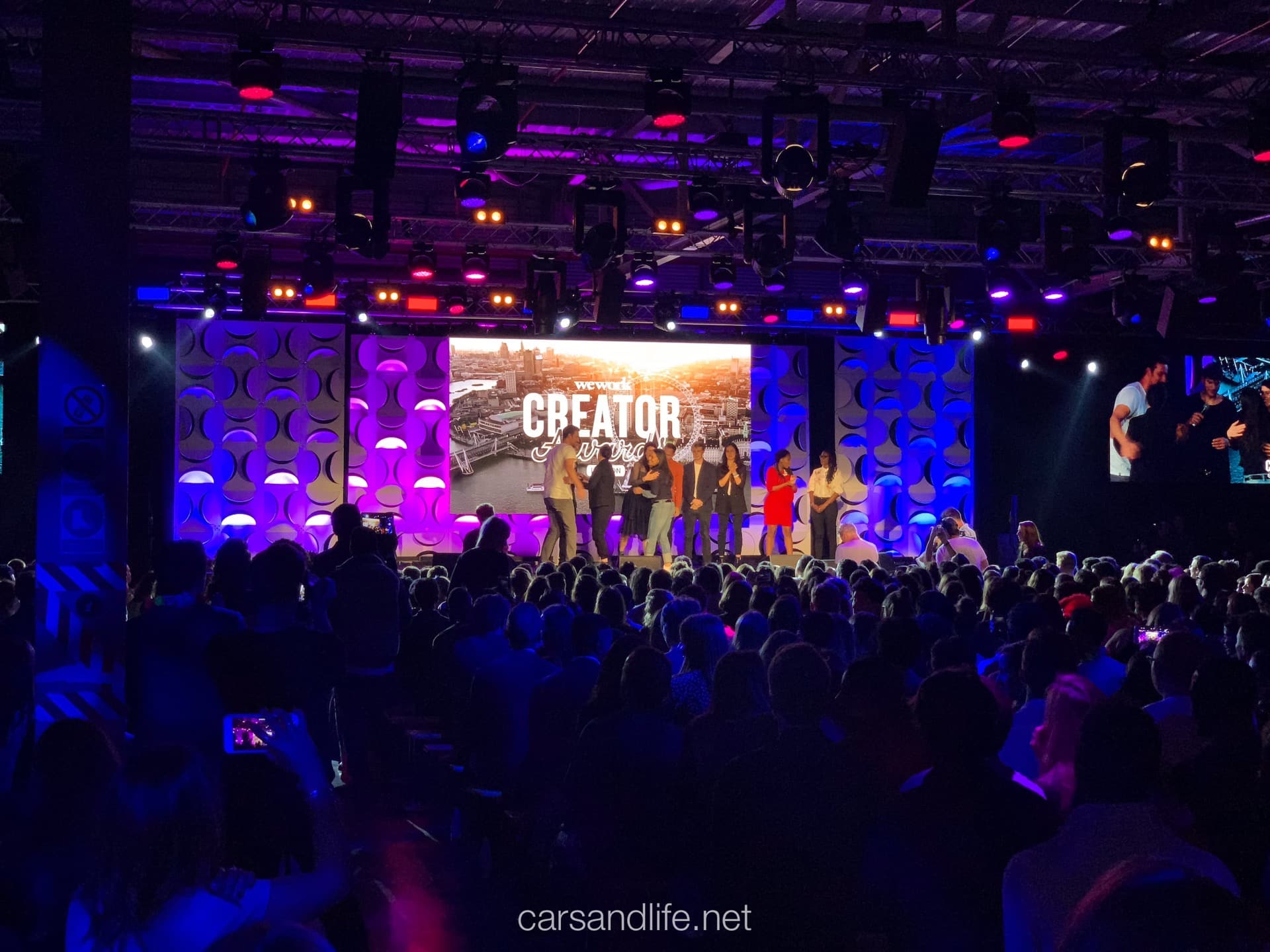 In 2017, 2,750 guests attended the event held at Evolution, London. We created spaces to host workshops, a job fair, Creator market, plus masterclasses hosted by industry leaders.

The award ceremony itself took place on our mainstage setup featuring live music, dance acts, live pitches and award presentations. As an added ‘wow’ moment we created two light tunnels that activated from nowhere at the end of the awards guiding guests into the after-party with DJ Annie Mac.

In Berlin, over 800 guests attended the event at Motorwerk – a beautifully preserved automobile factory from the 1920’s with a unique grand hall. Both ceremonies were streamed via Facebook Live to other global markets. The legendary Georgio Moroder closed the evening for the after-party with a DJ set. 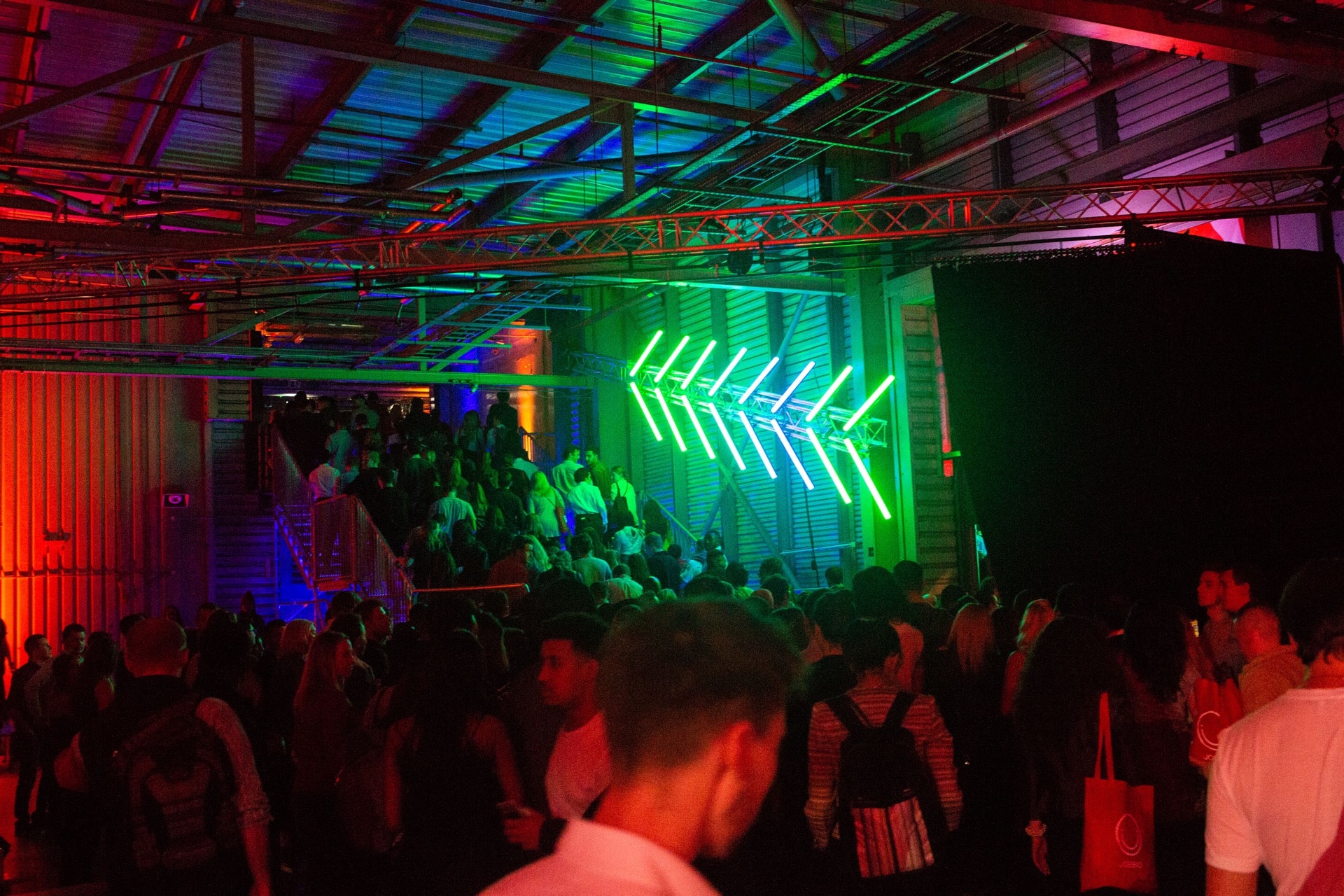